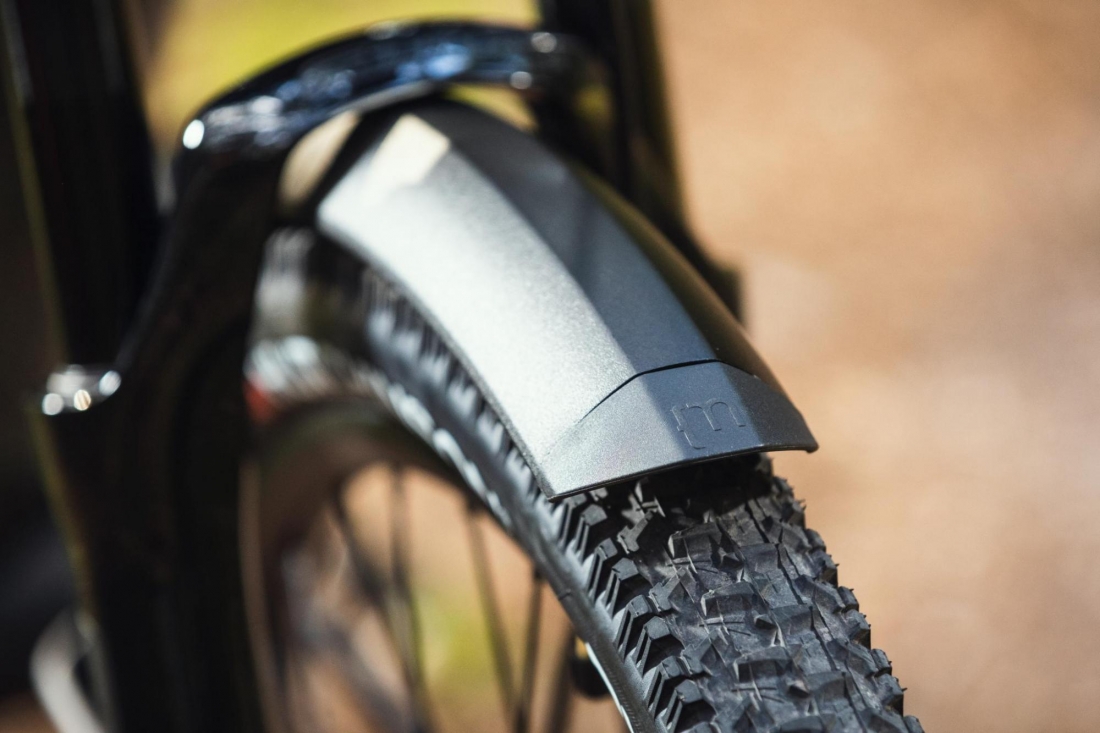 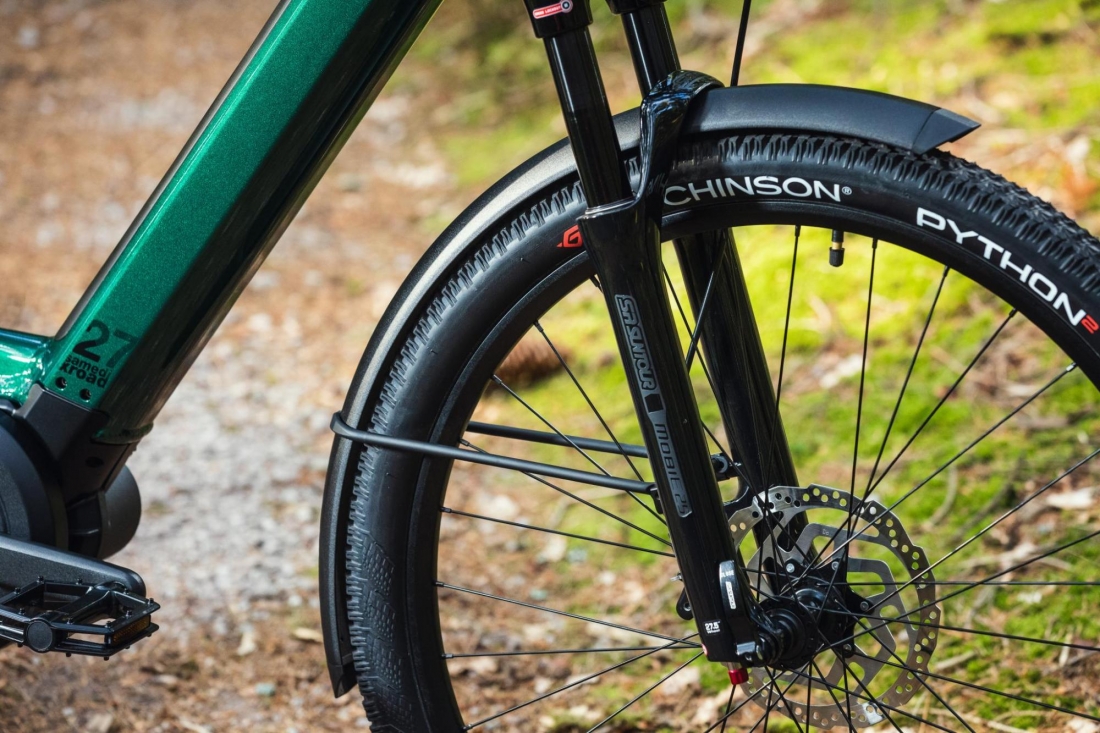 Despite being practical mudguards are usually a nightmare to get right. Difficult to fit and even trickier to keep in position, mudguards have been an afterthought in bike design. Moustache refused to accept this as stylish and functional mudguards are key features of many bikes. Daily commuters, tourers, and even tandems all benefit from well designed mudguards.

Moustache’s solution was to start from scratch. They began with creating a lightweight aluminium guard. Then they created fittings across their entire range to accommodate the mudguards in a way that won’t leave mechanics tearing their hair out. Lastly, Moustache ensured the mudguards integrated seamlessly with other accessories such as a rear rack and lights. 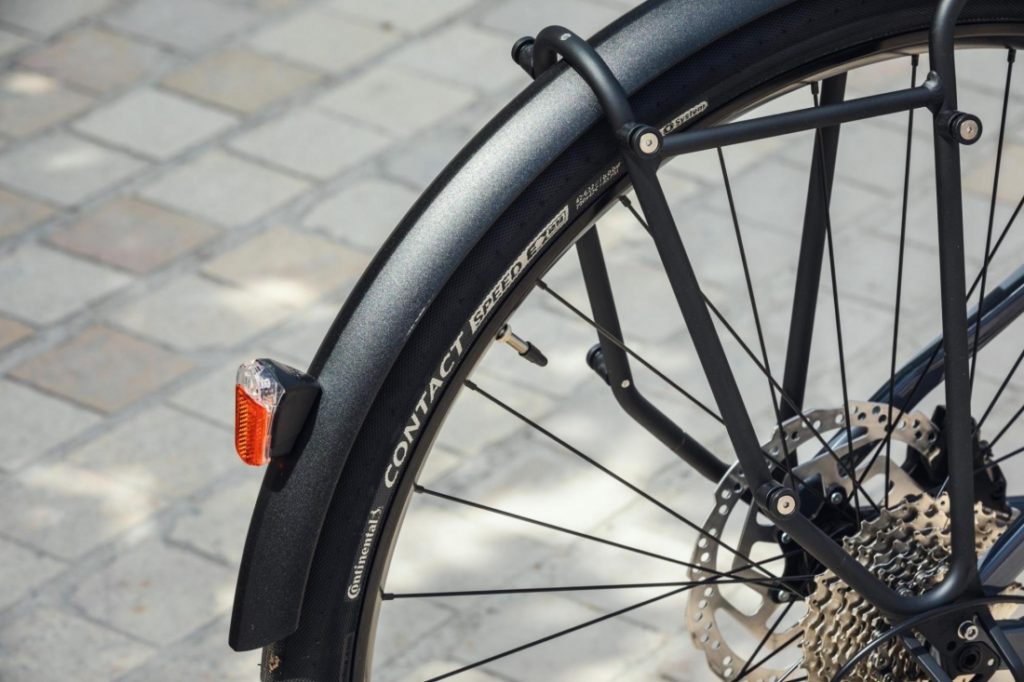 The rear rack was another challenge. Often bulky and impractical, Moustache created a stylish, lightweight rack that was easy to use. During development, Moustache realised they needed two options for the differing needs of riders.

The QL3 luggage rack is a more traditional rack. It’s integrated carrying options are designed to work with Ortlieb and Basil bags. 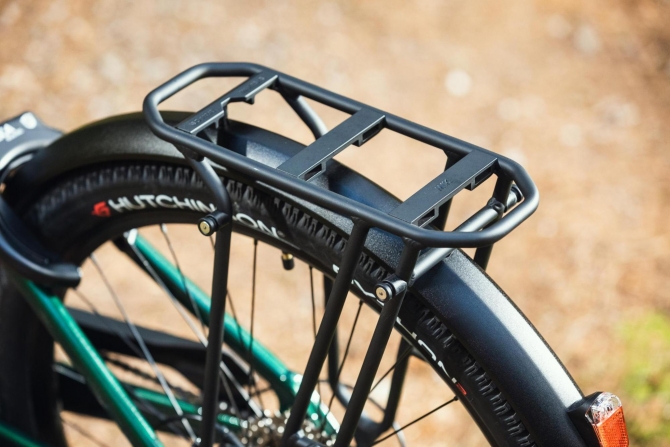 The QL3 light is possibly the most integrated rack on the market, combining practicality with minimalist aesthetics. 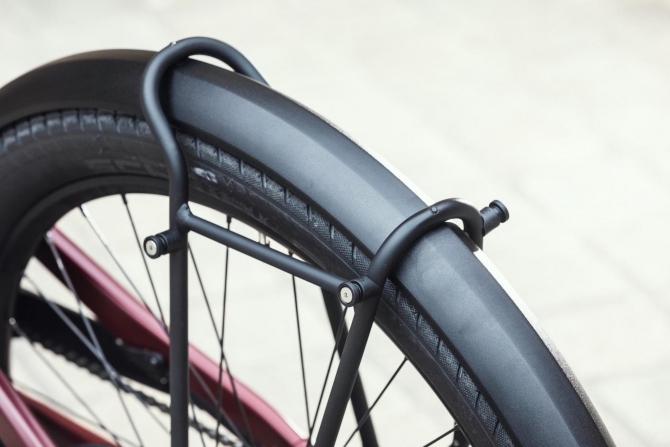 Handlebars are one of the most critical components on a bike. A good handlebar increases control, minimises fatigue and enhances comfort. Realising this, Moustache developed their own handlebars for each model of bike. 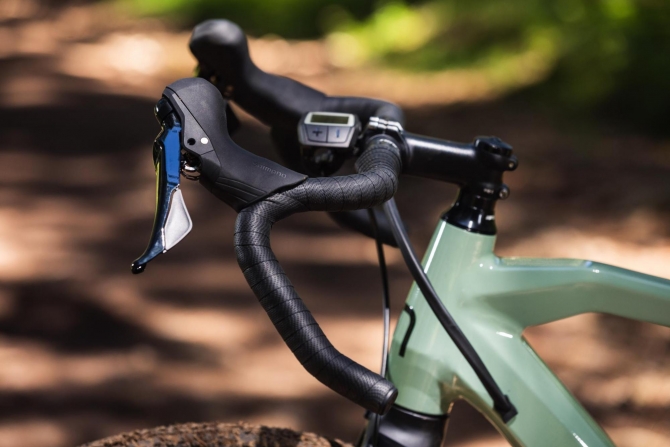 Throughout the mountain bike range Moustache’s testing has led them to 760mm wide handlebars on the Wide and Trail models. The Game models feature a wider 780mm bar. Both bars come with a confidence-inspiring 15mm of rise accompanied by 9 degrees of backsweep and 5 degrees of upsweep. For the top models within each range, Moustache have developed a Just Carbon model. The Just Carbon model weighs in at a scant 205 grams! 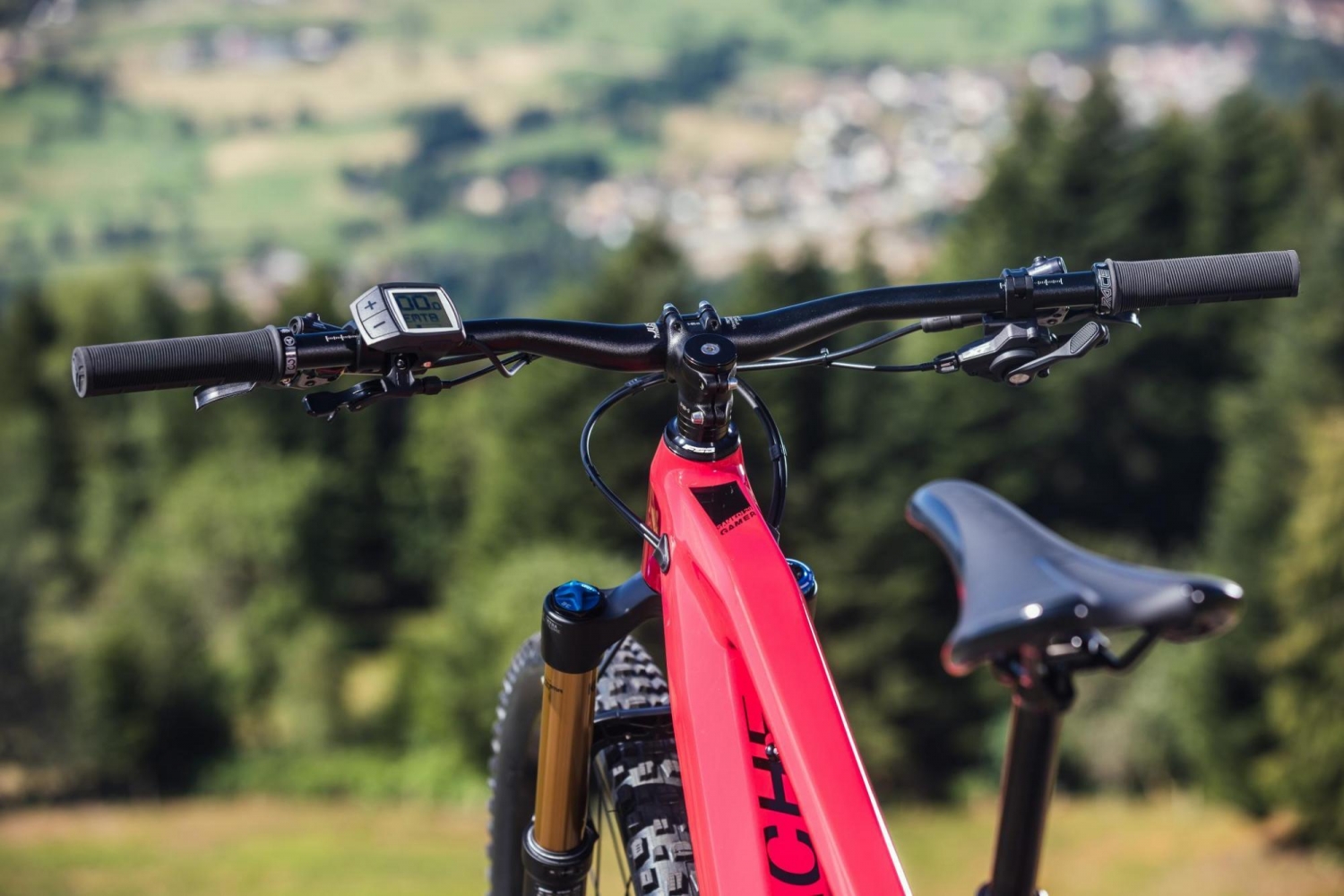 On the brand new Dimanche model Moustache once again decided on a proprietary bar. They’ve successfully refined the classic road handlebar design. Firstly, they added more backsweep to open up the shoulders for increased comfort and a better riding position. 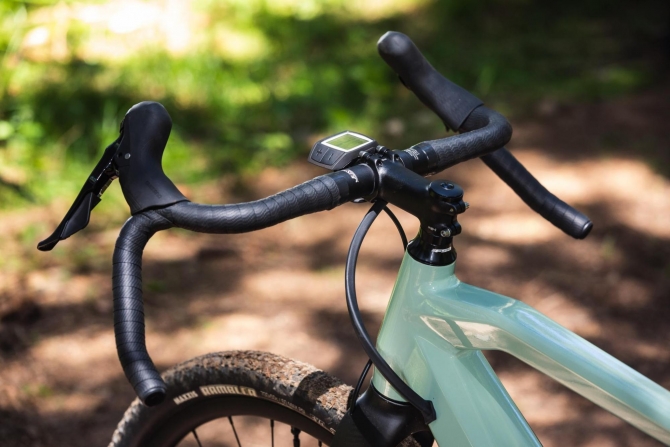 This emphasis on comfort and control continues with the flared drops, which allow for more hand positions and better control. The handlebar widths on the Dimanche are size-specific, once again demonstrating Moustache’s obsession with their bikes fitting perfectly. 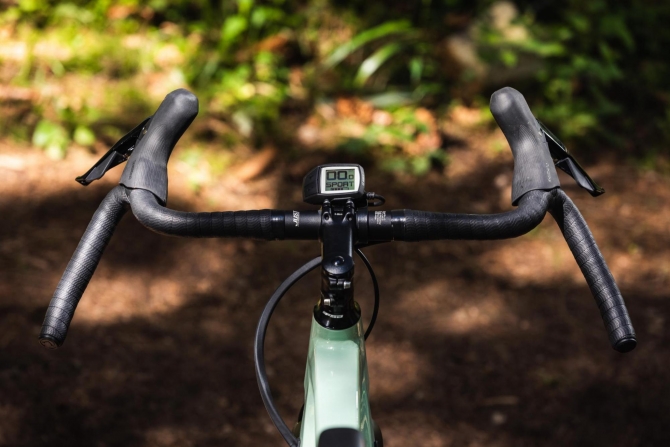 There’s nothing worse than arriving at your destination and having nowhere to park your bike. That’s why all Moustache bikes have discreet mounts for a kickstand. Even if your new bike doesn’t come with a kickstand one can be fitted before you leave the showroom. 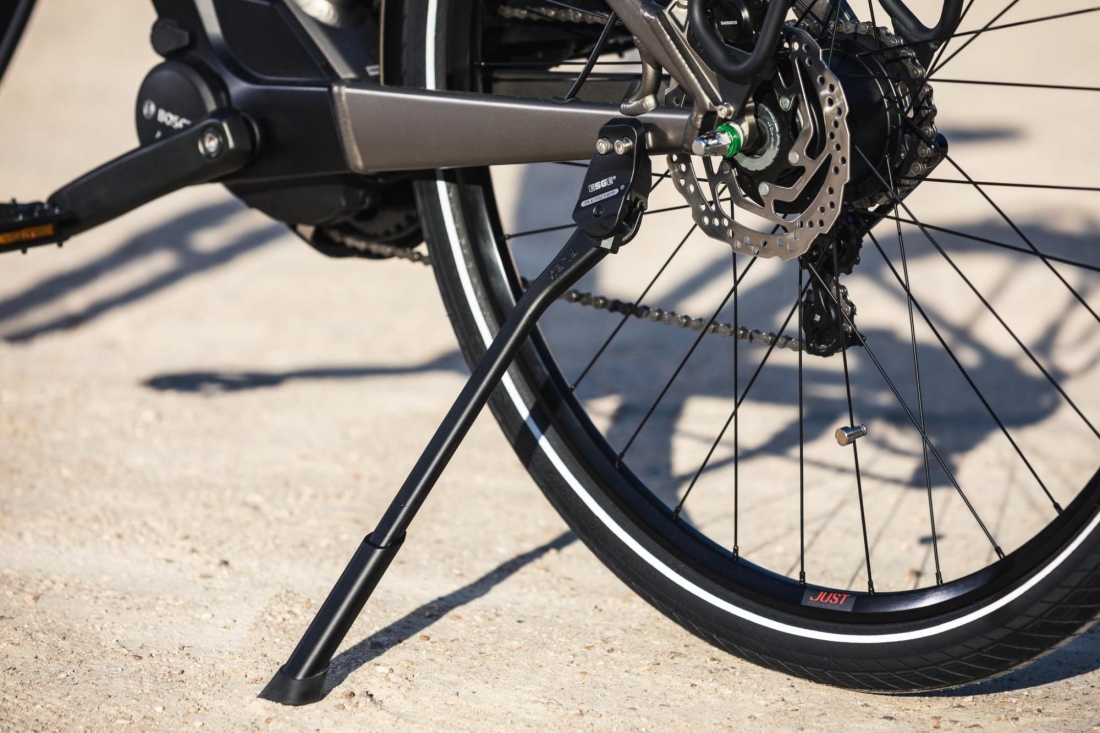 Moustache know their bikes are going to get lots of use. For this reason they’ve developed a sturdy kickstand with a lightweight action and reinforced base support. Yet another Moustache component you’ll never worry about! 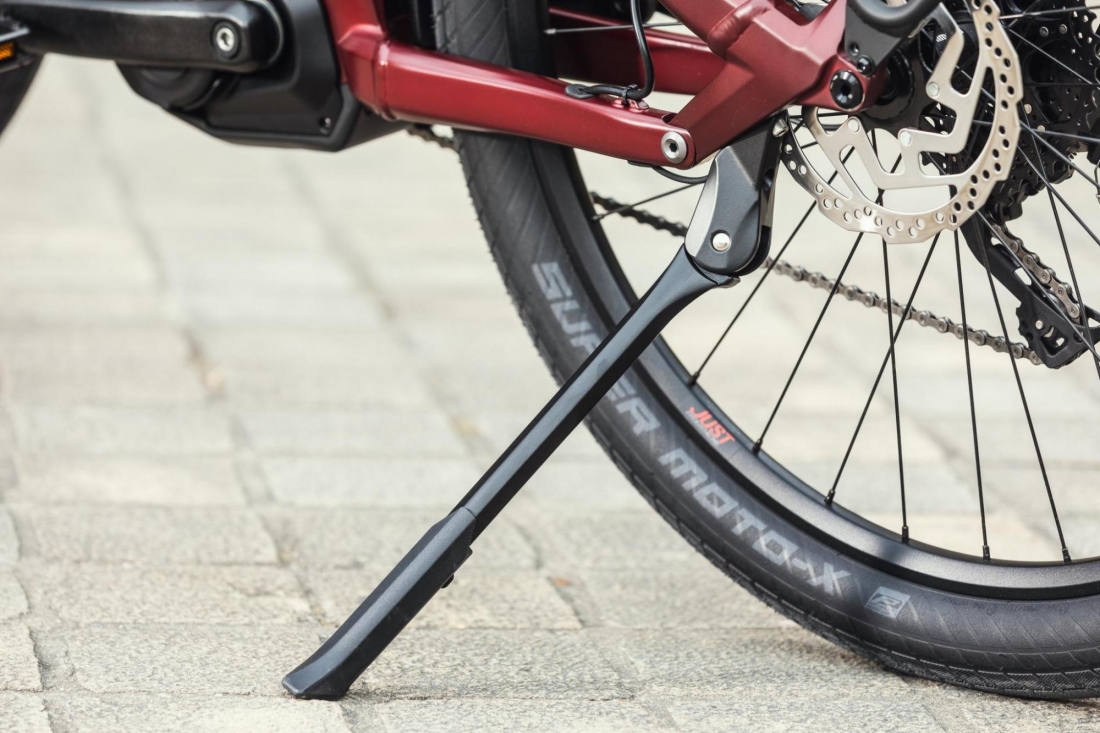 We’re big fans of Bosch’s Kiox display, particularly when we’re mountain biking. To minimise the chance of damaging your display Moustache have developed their own Kiox mount. This mount tucks away behind the handlebar and against the stem. Your display is protected on even the most technical trails.

You can read more about why ChargeAbout Australia works with Bosch powered brands here. 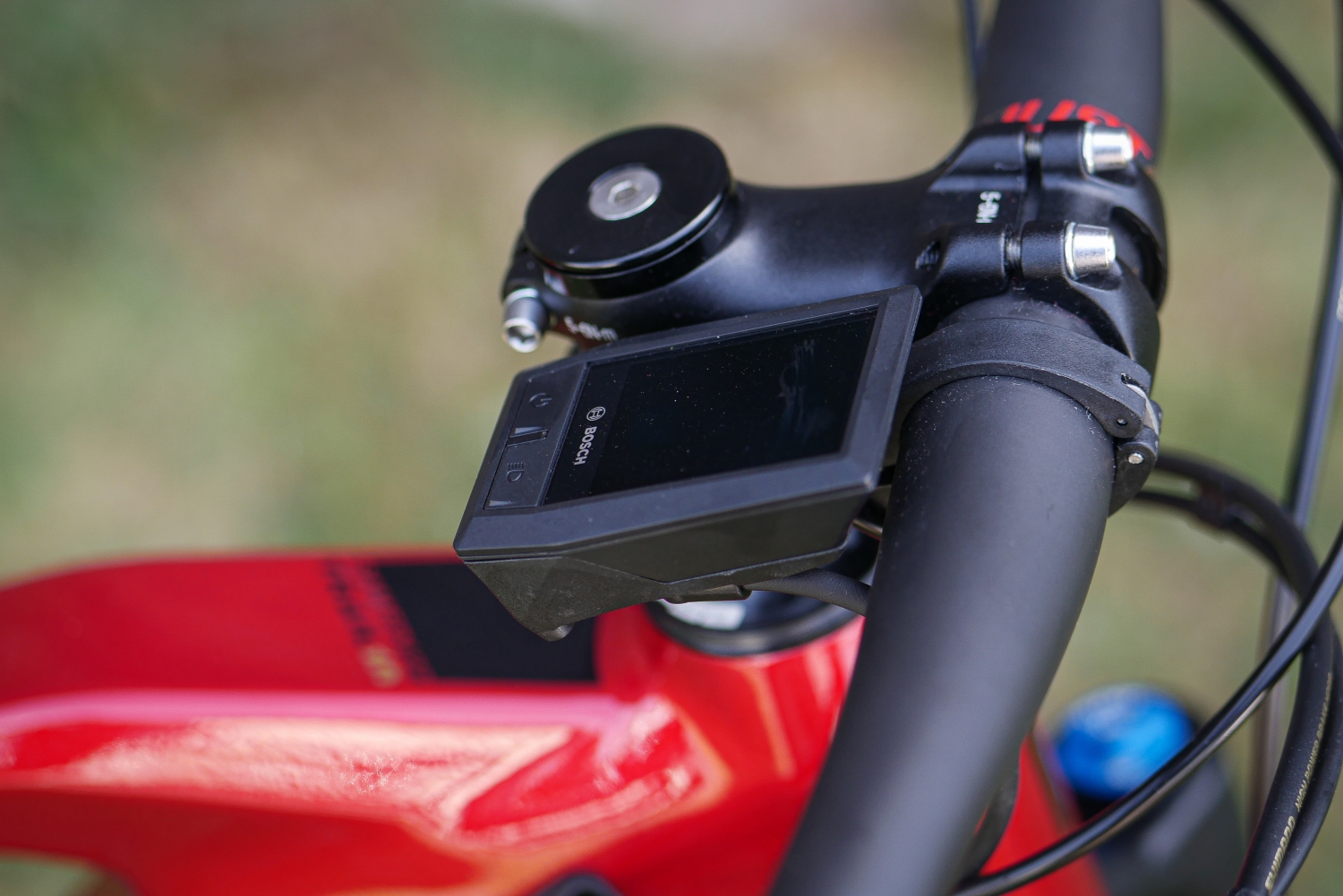 You can read more about the Just Moustache components difference and Moustache’s innovative approach to bike design here.

What is the lifespan of my Bosch eBike Battery?